Porsche 911: The History and Models

In 1963, the Porsche 911 was born out of the mind of Ferdinand ‘Butzi” Porsche, grandson of the company founder and famed designer of the Volkswagen Beetle. Created to succeed and outperform the historic Porsche 356, the 911 quickly became a lasting favorite of sports car enthusiasts all over the world.

The 911 has undergone a long list of design changes and engine enhancements since day one, but each model offered today maintains the spirit of the original. To this day, every model still features elements of the iconic design as well as the 2+2 seats and flat-six rear boxer engine found in the very first 911.

The Porsche 911 effortlessly straddles the line between daily drivability and sports performance.

With 24 different 911 variations are currently available, one element the 911 offers like no other is variety. From the Carrera to the GT2 RS  — the Porsche 911 lineup gives you options for power, speed, and handling.

Next in the current lineup comes the 911 Carrera 4. Rather than stick with the base model’s rear-wheel drive, the Carrera 4 gives you four-wheel power in addition to enhanced agility and dynamics on the road.

For a sportier experience altogether, the 911 Carrera S introduces more sports car characteristics expected from Porsche. The 911 Carrera S goes beyond the base model by adding a more powerful engine as well as the option for additional features, such as rear-axle steering. If you want a sport model with four-wheel drive, you can bump up to the 911 Carrera 4S. For those who want it all, select the 911 Carrera 4S Cabriolet to have a convertible that can be used in rain, snow, or shine.

For keen drivers among us, a pure driving experience is what a Porsche should be all about. In between the 911 Carrera and the 911 Carrera S you can find the 911 Carrera T. This car was created for people who want driving to feel like driving. The T, which stands for touring, pays homage to the 911 T from 1968 and strips down features only to what is necessary to experience Porsche driving at its absolute best.

The 911 Carrera T includes a 7-speed manual transmission, minimal exterior soundproofing, and removable rear seats to give you less weight and more experience from every possible angle.

The 911 Targa 4 has a unique personality. The Targa 4’s distinctive style includes a distinctive aluminum rollover bar, originally designed to protect passengers during a rollover. This iconic design element has been a feature of the Targa since its inception in 1963.

All current 911 Targa models include 4-wheel drive, and you can upgrade to the 911 Targa 4S for a more powerful engine and a sportier overall experience. 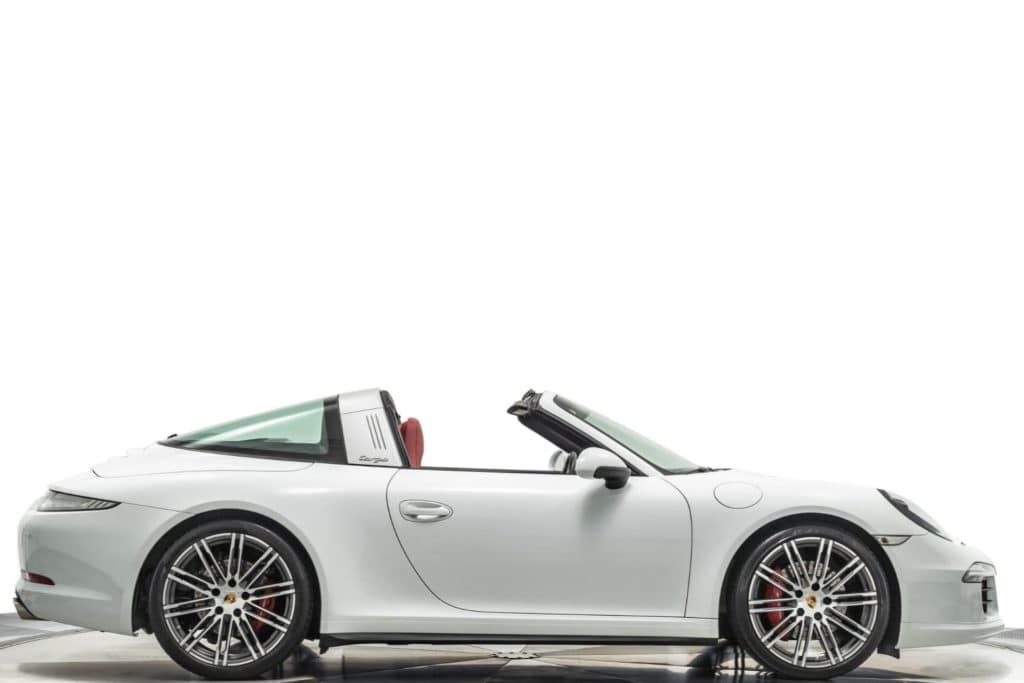 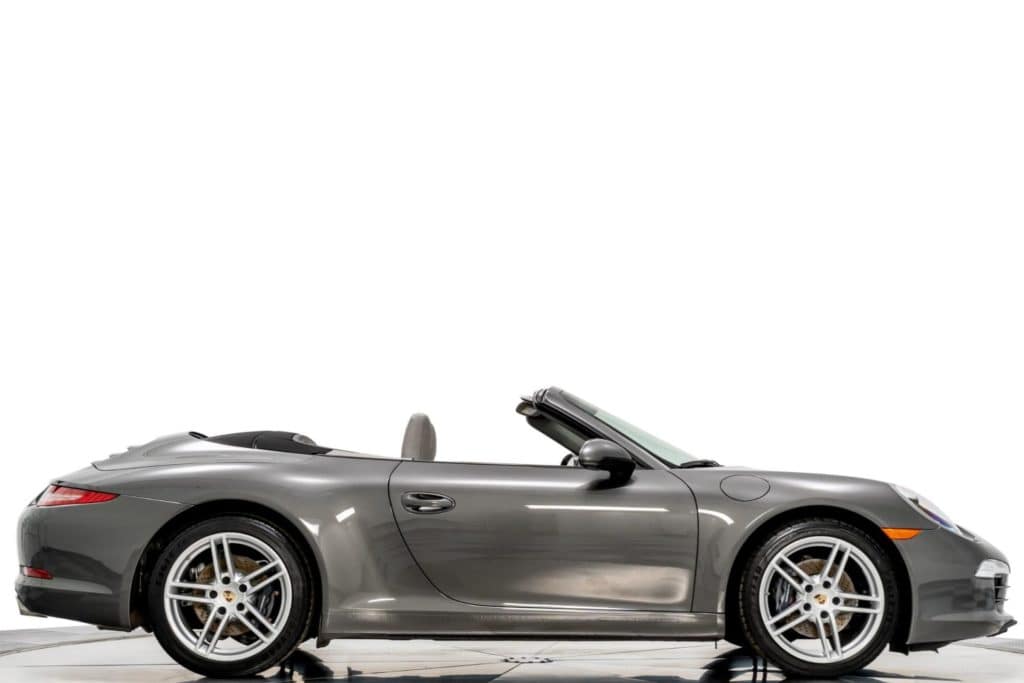 Moving on to a different model: the 911 Targa 4 GTS is the sportiest Targa available, thus earning the same GTS distinction.

From the Carrera to the Targa, the cars in the 911 GTS series are both fast and powerful enough excite the pros on the road without taking it so far as to make them unsuitable for everyday use.

The first 911 Turbo made its debut in 1974 in the midst of a nationwide oil crisis. It was the first Porsche series sports car to feature an exhaust turbocharger and boost pressure control. It has since earned its claim to fame through its wide track and distinctive rear spoiler.

Kick this turbocharged machine up a notch with a 911 Turbo S, or swap out the traditional coupe for a convertible with the 911 Turbo Cabriolet. Of course, if you need both the soft-top and the extra HP, there is always the 911 Turbo S Cabriolet. 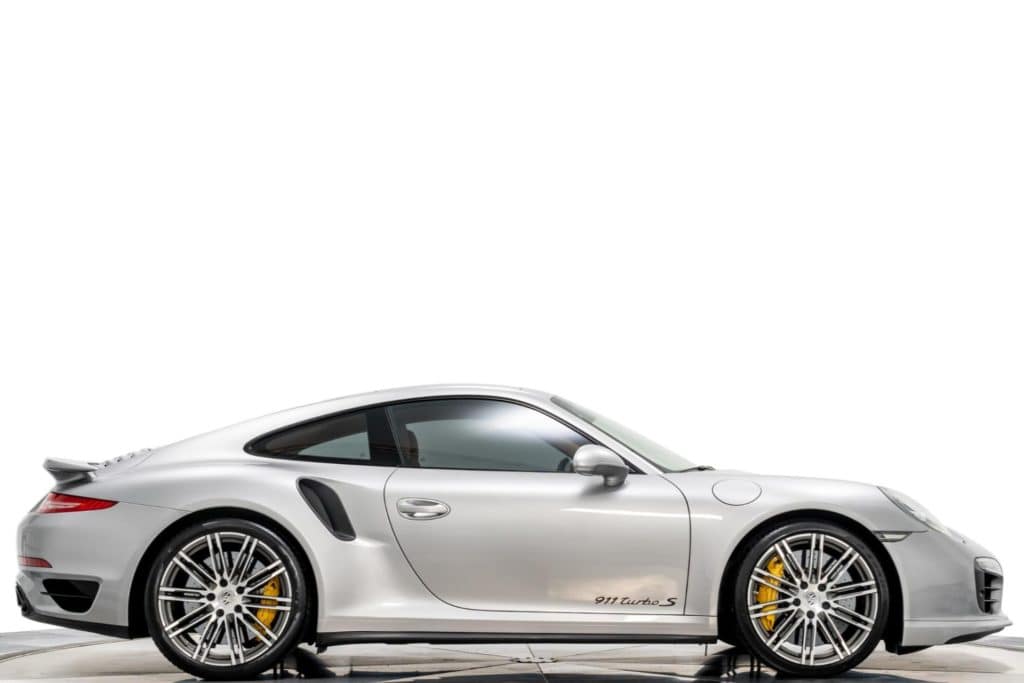 For the 911 designed to honor motorsport, take a spin in one of the GT models. These cars were designed for track-level performance while still being approved for the road.

For a car you can race on the weekends and take to work on Monday, you have the 911 GT3 with its naturally-aspirated engine. Increase the engine power and decrease the weight and you’ll have a 911 GT3 RS. The 911 GTS RS is made for motorsport, first and foremost. 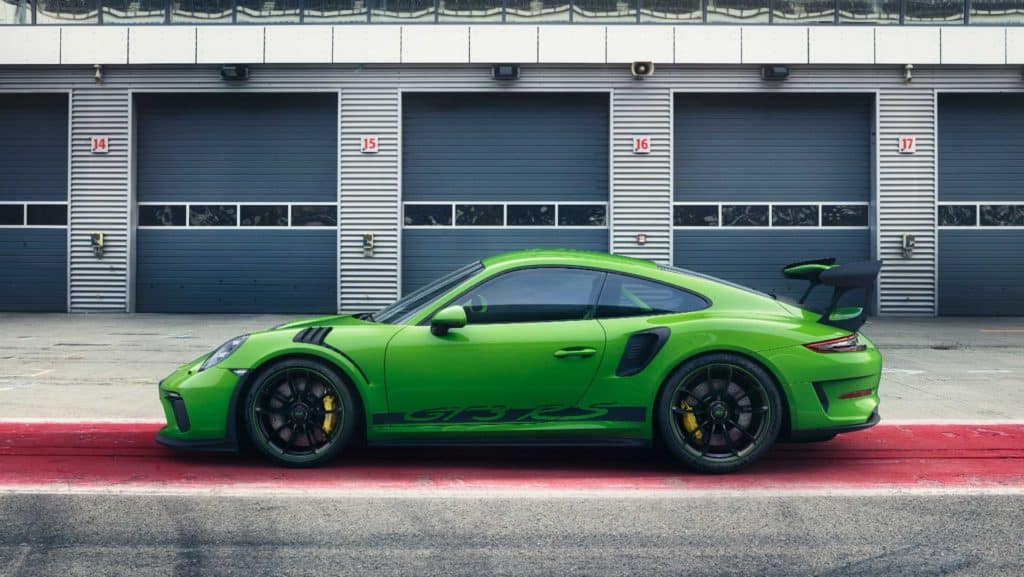 Finally, there is the 911 GT2 RS. The pinnacle of the entire 911 concept, this car is the fastest and most powerful 911 still legal on the road.

The GT2 RS differs from the GT3 RS in both power and concept. Both are epic — but GT3 has a naturally-aspirated, high-revving engine, while the GT2 RS’s powertrain was designed to feel more similar to the 911 Turbo S.

The latest 911 GTS RS is the most powerful 911 Porsche has ever built. Its chassis is built for racing, and its design elements focus on lightweight construction and world-class aerodynamics.

Made it through the whole list and still can’t decide which 911 is for you? Try this quiz we have for fun. 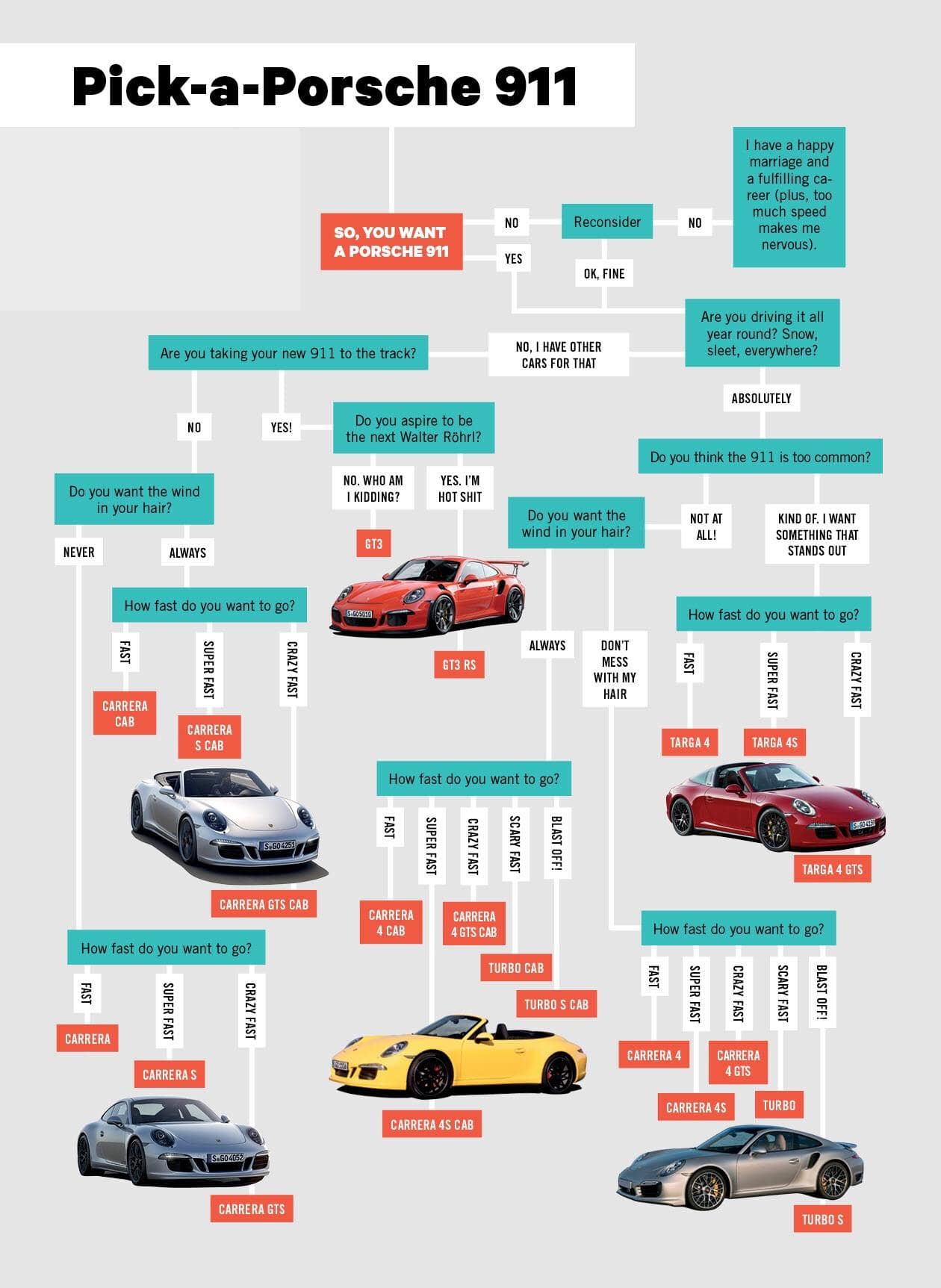 Check out which Porsche 911 models currently in stock to get more pictures and specs. For more info on cars, market analysis, and upcoming events in the classic and luxury car industry, follow our blog at MarshallGoldman.com.

0 comment(s) so far on Porsche 911: The History and Models